Look, I came up with my own Hipster Business Name!

But really, today is our hump day and we’ve been going nonstop since day one, with at least four jobs per day (I’ve totally lost count) and back-to-back tanker escorts. Yesterday I decided I needed to wash down much of the boat with an actual brush and soap (something I usually do on or near the last day of the shift) because we were so filthy. Covered in our own soot – or soot from the ships we’ve been following around all hours of the night and day – and that crusty ocean brine.
Last night I lay down to take a one-hour nap, planning to get up at 2315 to fill in for the engineer until around 0100 so he could fill in for me at 0515. But then he called my room to tell me that the morning job had moved to two hours later, and I could “just stay in bed”. Oh dear sweet Jesus. So I slept until 0800, and nearly sprang out of bed when I woke up. I haven’t gotten sleep like that in months.
I’ve got a lot of writing to do; the Sea Sisters August newsletter needs work, and I’ve got to write a piece for the newly-launched women-in-maritime website WomenOffshore.org  created by Ally Cedeno and her team. So glad to be working with them to increase the percentage of women in the maritime industry worldwide. Talk at you soon! 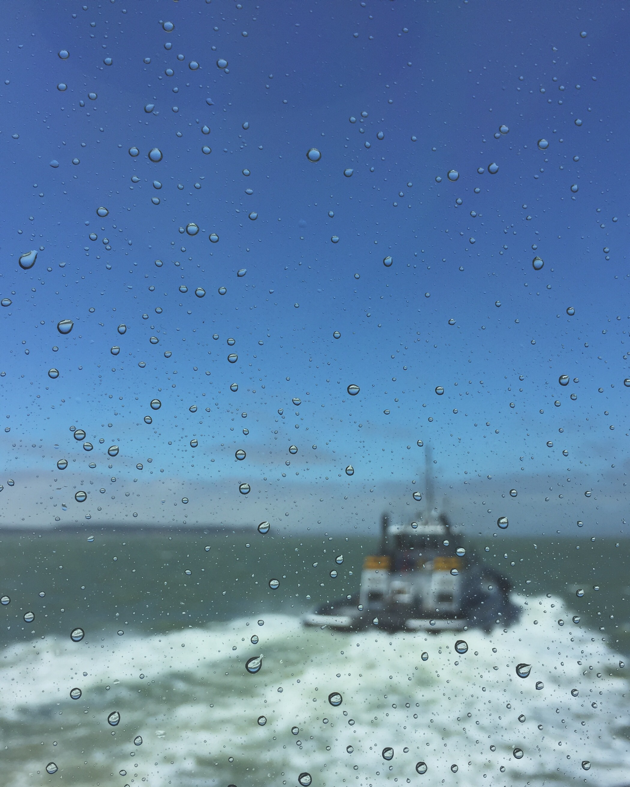