The shift from deck officer back to deck hand has been a very interesting experience. At times it has been extremely humbling; there are so many things I had in the last few years that I took for granted, like the income, and perhaps the power or the sense of control I had as a mate. I need to learn to keep my mouth shut and just suck it up when I’m having a bad day and being told to do something I’d really rather not do (painting, so much painting). I’ve been trying since September to keep my head above water, pun intended, with so many new things to learn – especially considering that my company wants everyone who comes through the pipeline to do their time as engineers as well as deck hands, so I have been learning everything there is to know about our engine room. There is a new lesson learned every week; often the lessons are learned the hard way, which makes them harder to forget.

One major overarching lesson I have learned that I should have solidified years ago (but somehow didn’t, maybe because I wasn’t being challenged and I got lazy) is that there is “always a reason”; if you see, hear, smell anything unusual, there is a very good chance that something is up. Like a few shifts ago I was walking around, doing a visual check of the engines while we were underway, and I smelled something acrid on the port side, outboard the engine near the air tank and the fresh water systems. The next day, we lost water pressure in the house: the fresh water pump had burned out, and I had probably smelled it but didn’t recognize what I was smelling.

Then last shift while I was making a round, it seemed exceptionally hot in the engine room, and I wrote it off to the fact that we were headed upriver on a tanker escort from San Francisco to Martinez and the outside temperature was rising considerably, so the air coming in through the blowers wasn’t cool enough to appreciably lower the engine room temperature. It wasn’t until we were tying up at the dock that I was on the stern deck and I could actually hear that the port engine room blower was not on, even though the switches were lit and the breaker was closed. As it turned out, a separate computer-controlled breaker in the blower junction box had tripped and needed to be reset. It’s pretty amazing how fast the temperature can rise when one of your two blowers isn’t bringing cooling air into the engine room.

I have a bad habit of noticing some tiny thing that feels off but instead of investigating, I blow it off or assume that it’s normal (even though somewhere deep in my subconscious there is a nagging voice telling me I know I need to take a closer look). I need to learn to listen more closely to that voice; I need to follow up, I need to think critically about what seems off and find the source. This critical thinking is a deliberate act that needs cultivation to become a sharper and stronger skill. The woman who was my second mate on the Hunter a couple years ago was amazing at this: she would notice something that was off, something I had noticed earlier and not given any further thought, and she would pursue it until whatever was going on was found and resolved. I envied her this natural curiosity, this drive to maintain the integrity of her surroundings. To some it comes more naturally and it is essential in this industry.

So it’s the odd things that teach you what you need to learn; they come along in their own time. You learn more when things break than you do when everything goes smoothly. When everything is going great, I’m bored and I don’t learn. When things go sideways, it stresses me out like crazy but I learn a ton. That’s just how life goes, and it’s definitely how work on the water goes.

We take strolls together as a crew sometimes when we’re tied up at the Embarcadero; we’ll wander through the ferry building and look at the stalls filled with pretty things and watch the people, visiting from all over the world, gazing at this beautiful city with open mouths. We’ll walk up the hill to Coit Tower and take in the view, or over to North Beach to pick up cannoli from Mara’s bakery, and take the long way home via Fishermans Wharf. I work with some wonderful people, and we enjoy each other’s company. These city walks have been my favorite part of the new job, hands down.

I’ve never been healthier or stronger. We bring our own food to the boat and so I get to eat exactly what I want at all times, which means I can cut out anything I know won’t make me healthy and strong. No more fried food, no more cake/cookies/ice cream when I’m bored in the middle of the night. I fall off the wagon a bit when I’m off the boat but it’s only for a week, and I try hard to consume treats and alcohol in conscious moderation. My work consists chiefly of handling lines (whether that means wrestling the enormous hawser when we’re doing ship work, or throwing our tie-up lines like lassos onto bollards on the dock from a distance of ten or fifteen feet; whereas when I started I could barely clear the bulwarks much less get the eye around the bollard, now I can feel the difference in my strength and my aim just keeps getting better; and there is nothing more satisfying than making your shot), scrubbing the boat from top to bottom once each shift, chipping and painting (I haven’t handled a needle gun or painted a thing since I was a deck hand at Foss in 2010-2012, and now it seems to be all we do, but our boats look pretty great as a result), and the usual sanitary in the heads and galley. On any given day I’m lifting and throwing a wide range of heavy objects, and I’ve developed some pretty sweet Popeye arms. I utilize the best body mechanics I can maintain when bending or lifting, to protect my back and knees, both of which are feeling the years already.

And I’m getting a major break from paperwork. 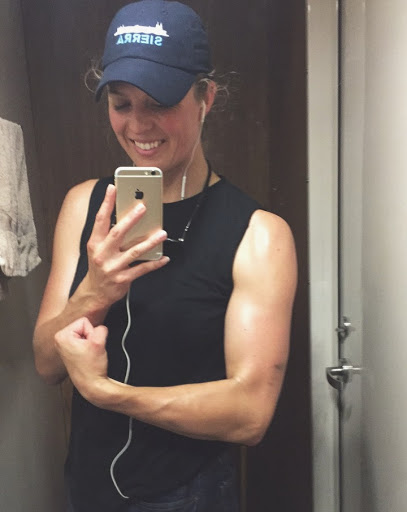 One thought on “Deck Hand Life”