Ok so here we are, week 7 of 7, and it’s been a pretty good time. Aside from the fact that I’ve spent 95% of the seven weeks tied up alongside a barge in Outside Bay doing not much, we’ve had days in port now and then getting some work done, and the last few weeks in the outport have been great – especially considering the people I’ve been working with. In between drills, monthly inspections and a little maintenance now and then, we catch fish, tell stories, and help each other get by. My deck hand is the quintessential Tugboat Annie; a veteran mariner and fisherwoman, she tells me about her life and gives me great advice, while I teach her about Instagram and Spotify. On deck we teach and support each other – our strengths are different but we’ve both got a lot of knowledge to offer. If only we could work with people like that all the time. 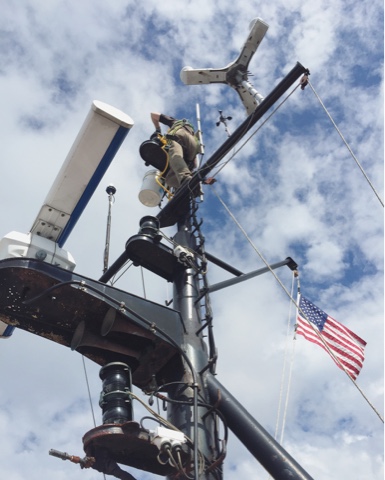 I’m ready to head home soon. I feel like a fixture aboard the tug Hunter, so totally soaked in work it’s difficult to remember that anything else exists in the world. I have quite literally been wearing the same two outfits for six weeks straight: the same t-shirt and Carhartt double-front duck trousers on the day watch, and the same shirt and jeans at night. Same Thorogood pull-on boots night and day (I love these things), same two pairs of socks. It’s quick and easy to do laundry every few nights, so I don’t deviate from the ultra-low-effort routine I’ve created for myself. Getting up, getting dressed, getting undressed, and going to bed is exactly the same every day (twice a day). The days are only punctuated by random distinguishing details now and then. In the last month, I have:

– eaten 3 jars of almond butter entirely by myself;

– managed to send birthday cards to both of my parents – both July babies – from Valdez. I love sending mail; 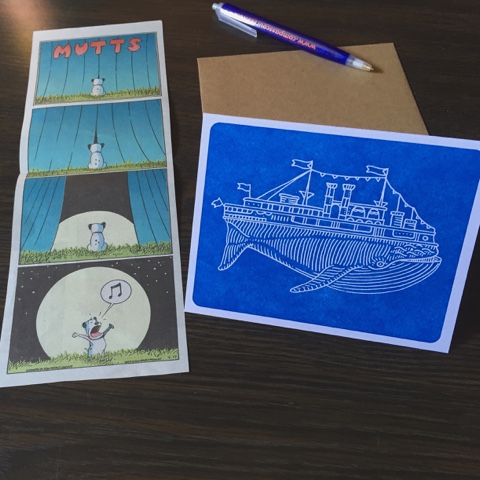 – opened a brokerage account (woo! time to play with stocks! never mind that I literally have no idea what I’m doing – cue Amazon purchase of Investing for Dummies)

– started ramping up some strength training, using rudimentary tools (a cable clamp is essentially the same thing as a kettlebell) in addition to the physical therapy I do every day to maintain a pain-free lower back – it’s been great to feel stronger every day even while doing ordinary everyday things!

Now we’re hanging on a barge in Port Valez – but I just got a phone call about barge moves here in port tomorrow, and we’ll be assisting on a couple different jobs. And it’s dinner time. Back to that routine.