It can be comfortably declared that I am now working for Crowley. I was unwilling to venture so far as to say I had a new job until I was literally on a plane to the east coast.

Things have gone by so fast since I met with the recruiter in late January in Vallejo. She had it in her means to effect quick change for me, and she wasted no time in doing so. Within a week I had applied for membership with the SIU (Seafarers International Union) and put myself through two very involved physicals in one day, one for the union and one for the company. One week later I was flying to Dania Beach, Florida, for a navigation assessment in the simulator at a training center run by the AMO, another union which operates predominately on the east coast. Extensive simulator experience at PMI definitely helped with the assessment, and once that was over with I was on another plane to Jacksonville for a couple days of new-hire orientation.

That was Thursday, February 14, and by Saturday they had a spot for me as training mate on the tug Adventurer sailing for San Juan, Puerto Rico. I was nervous at the prospect of starting a new job, hoping that the guys would like me and that the job wouldn’t be too much different from what I’d learned in the northwest. As it turned out, the crew was great and the trip went very well. The weather in PR was glorious, and the city was very beautiful, though I only got to see it at night when I went ashore to walk around for a few hours.

On the northbound leg of the trip they sent us to Philadelphia instead of Jacksonville, and I’m told this is normally a permanent Philly boat so she’ll continue to make the trip back and forth between here and San Juan now. I will probably go home for a break after this trip, then back to work again out of Jax. We are in Philadelphia now and would have left this morning, but as we were streaming tow and starting down the river, the brake band on the starboard winch failed and the result was a piled-up tow wire, often referred to as a birds nest. It was an awful thing to watch, and it took all of a couple seconds to happen. I immediately blamed myself but the crew has been very kind and reminded me that while incidents like this are often aided by human error, they are due chiefly to mechanical failure and the best we can do is respond effectively when things do go wrong. We’re just lucky it didn’t happen when we were in the middle of the ocean, or going down a narrow channel in the Delaware river with no assist and little sea room to maneuver.

This evening I had the pleasure of going into town with an old friend of mine who worked on one of the many ships I boarded back in the day as an agent at Transmarine, and I got to see Boathouse Row, the Philadelphia art museum (home to the famous Rocky steps), had a drink in the bar on the tall ship Moshulu at Penn’s Landing, and compared cheese steaks from Pat’s and Geno’s. It was about as much Philly as I could fit into five hours. I’ve been up for far too long and I’m about to wake up my relief and go to bed. Some photos, and more to come. 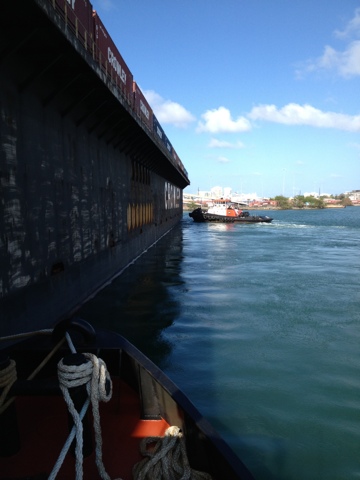 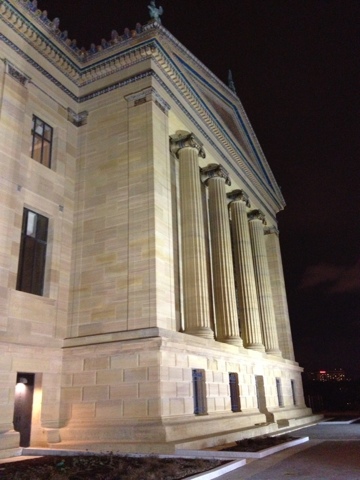 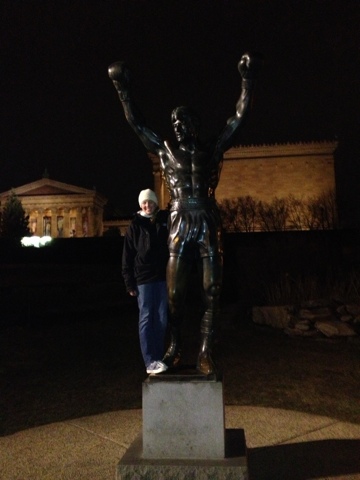